Painted Black is the best band you’ve never heard of. Despite their general lack of widespread recognition, these guys from Lisbon, Portugal have been pumping out top-tier progressive death metal for over a decade, largely establishing their immunity from the genre’s various pitfalls. From their 2005 demo EP The Neverlight to 2014’s Quarto Vazio, Painted Black has consistently expanded upon their sound while never sacrificing a modicum of quality or originality. Raging Light, the band’s 2017, second studio album, transports the act’s unique brand of death metal to unfamiliar sonic realms, taking a multitude of risks while never completely abandoning their signature style. 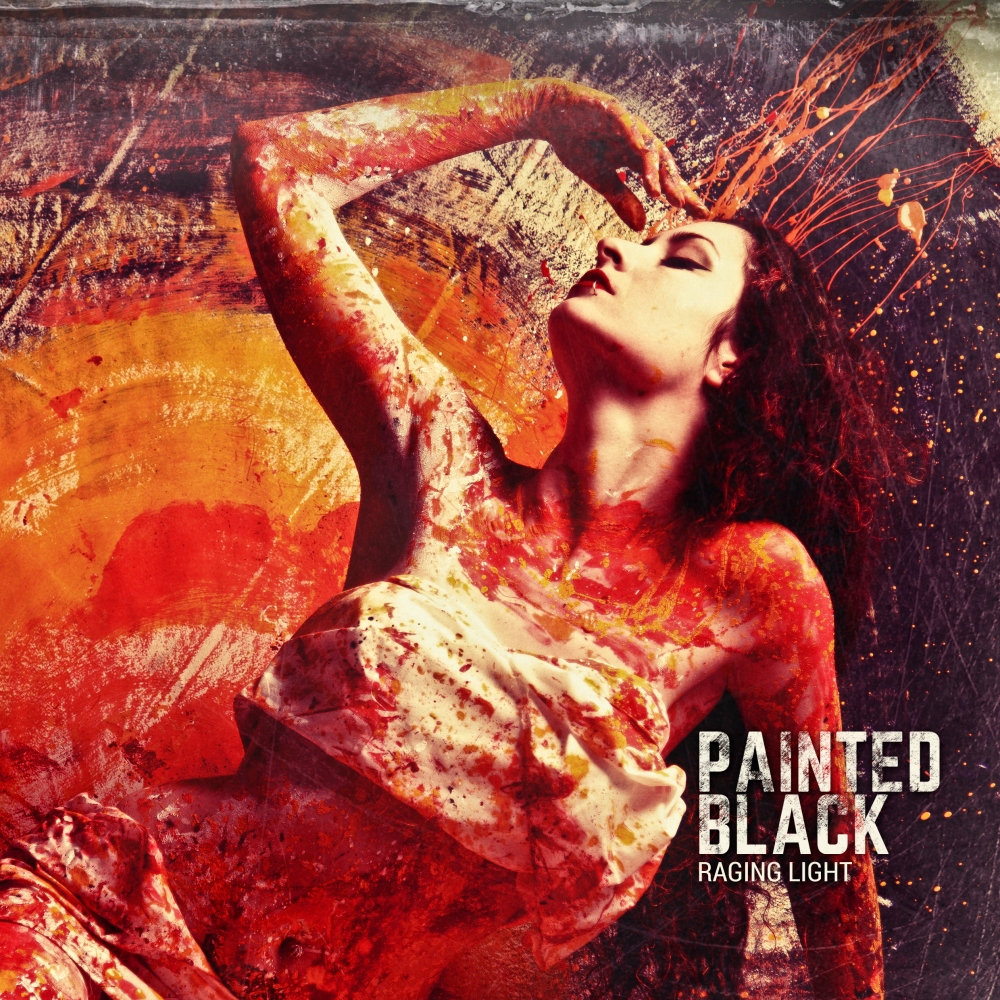 In the three years since Quarto Vazio, Painted Black’s sound has dropped a good deal of its tech-death heaviness in favor of airy, spacey keyboards and ambient piano melodies. There’s a good deal of room to breathe in the mix, creating an atmosphere that’s far less busy than your average metal record. Don’t get me wrong, it’s still very much a death metal album, but it’s one that places a significant amount of emphasis on atmosphere. From the get-go, Raging Light hits the listener with full force. The opening, title song proceeds to set the stage for the remainder of the record by delivering a lengthy, complex, and atmospheric progressive death metal performance.

While the next seven tracks roughly follow the same pattern, there are certainly moments throughout the album that make it very dynamic. With subsequent listens, I’ve grown to appreciate many of the atmospheric melodic pieces and would even tag it as the moment where Raging Light starts to truly gain momentum. “Dead Time” brings Katatonia and old Opeth on mind, putting together atmospheric motives of the former with death metal experimentalism of the latter.

The vocals and instrumental work throughout the album are top-notch. Tracks like “Absolution Denied” and “I Am Providence” manage to boast some truly fantastic moments. It is evident that guys in Painted Black can shred, and I think before the halfway mark of the disc have covered just about every scale imaginable on guitar. As someone who appreciates a good wall of drumwork, Painted Black don’t fall short on that account either, and the kit is summarily destroyed, rebuilt, and then destroyed again for fun.

Painted Black are the sort of band you go to if you really want to appreciate the “musicianship” on top of some generally excellent song-writing, and in that way each song proves to be its own adventure. The act of discovering different things that stick out to you sadly has gone a little underappreciated, and it is nice to see that Painted Black still carry that flag, making songs that have so much going on within them that each fully fleshed-out song feels like something you have to chip away at, finding something different each time. You could probably make an afternoon out of exploring the closing song song on Raging Light. Titled “Almagest,” this 17-minute chunk is a suite that summarises what Painted Black are all about in 2017.

Raging Light is a triumph. It takes risks, and though a few don’t quite pan out as well as the band would’ve hoped, it’s nonetheless an engrossing, highly enjoyable slab of progressive death metal.

The album is available from Bandcamp.